Are We Addicted? American Cell Phone Habits and Usage Statistics 2022

How often do you use your smartphone? How often do you check it? You might find that you use it a lot more than you would like if you think about it. You may even want to perform a test to see if you can go a day without. You also may want to observe how the people around you are using their smartphones as well.

Practically everyone uses a smartphone these days. About 85 percent of Americans own a device. And if you rule out children too young to have one (though that age seems to be decreasing) and people who literally cannot use one for some reason or another, then you might find that there aren’t many people left without one. And out of those without smartphones, there are plenty with standard cell phones. There are even some people with multiple smartphones (one for work and one for personal uses). And people are using them more and more as people get used to them.

Here is what you need to know about smartphones and more specifically their users in 2022:

How do Americans use their phones? How often do they use them, and what for? Let’s start with the answers to these questions: 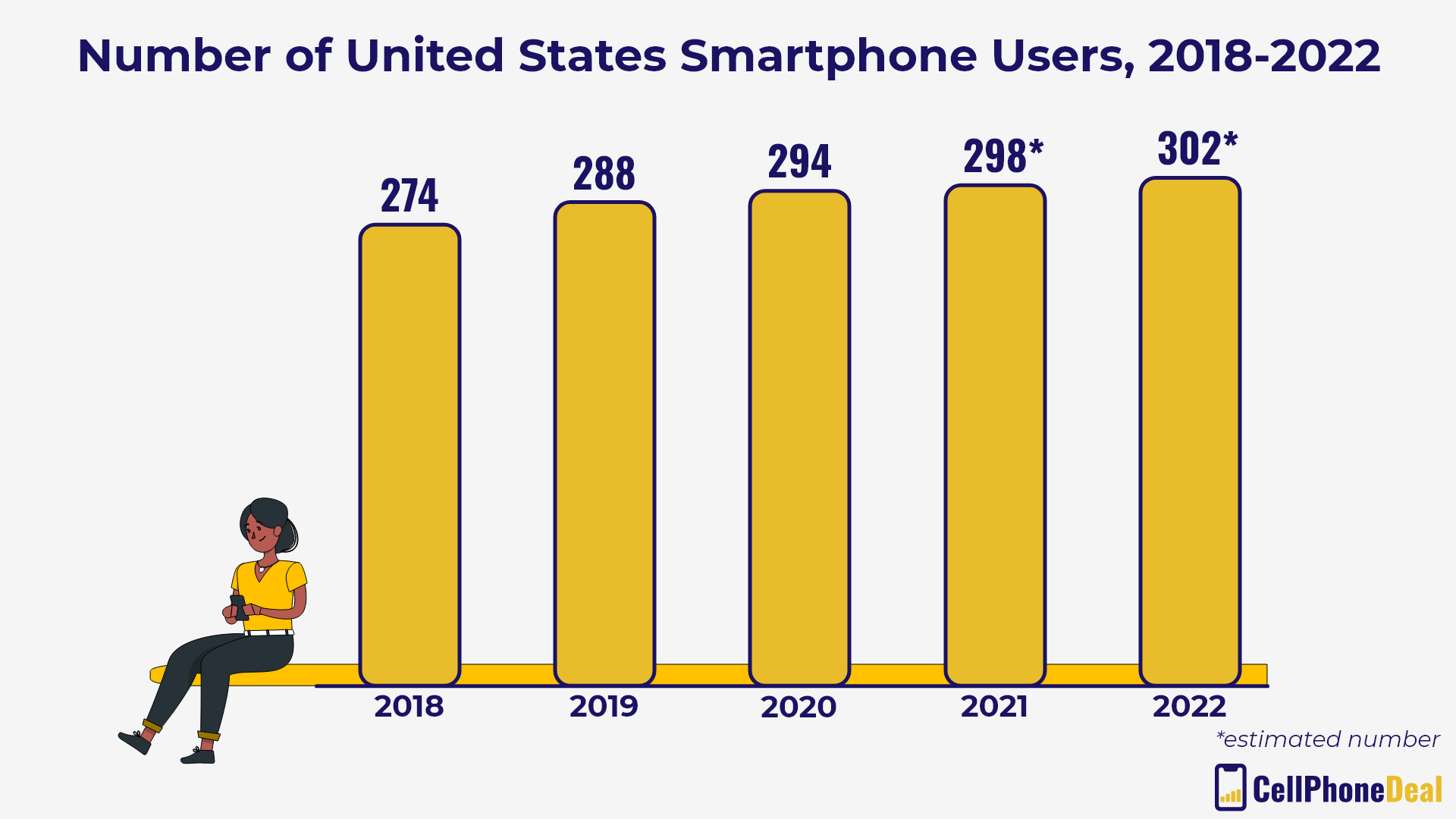 All of this points to a trend that Americans are getting increasingly comfortable with and reliant on smartphones. It could also point to more signs of addiction (but more on that later). If you’re interested, we also encourage you to look more deeply into worldwide trends, which provide an even greater picture.

Smartphones exist all over the world at this point, and the penetration rate of smartphones isn’t all that special in America. There are some countries where practically every man, woman, and child has a smartphone. With that in mind, is there anything special about American usage habits that we should pay attention to?

Smartphones and gaming go together like practically nothing else, with smartphones being responsible for a ton of the total gaming revenue that comes in across the globe. Gaming is a key component of smartphone usage today, both in the United States and beyond. Here are a few facts to clarify:

As you might notice with a lot of things, Americans will spend more money on their smartphones than people in most other countries. Part of this is that on average Americans have more money to spend. Yet what can we learn overall about money management and eCommerce on phones today?

Compared to many other Western countries, cell phone usage can be more of a potential intrusion of privacy in the United States. Many European countries have specific protections for consumers that might at times limit usage but also prevent certain data-collection practices that are invasive. 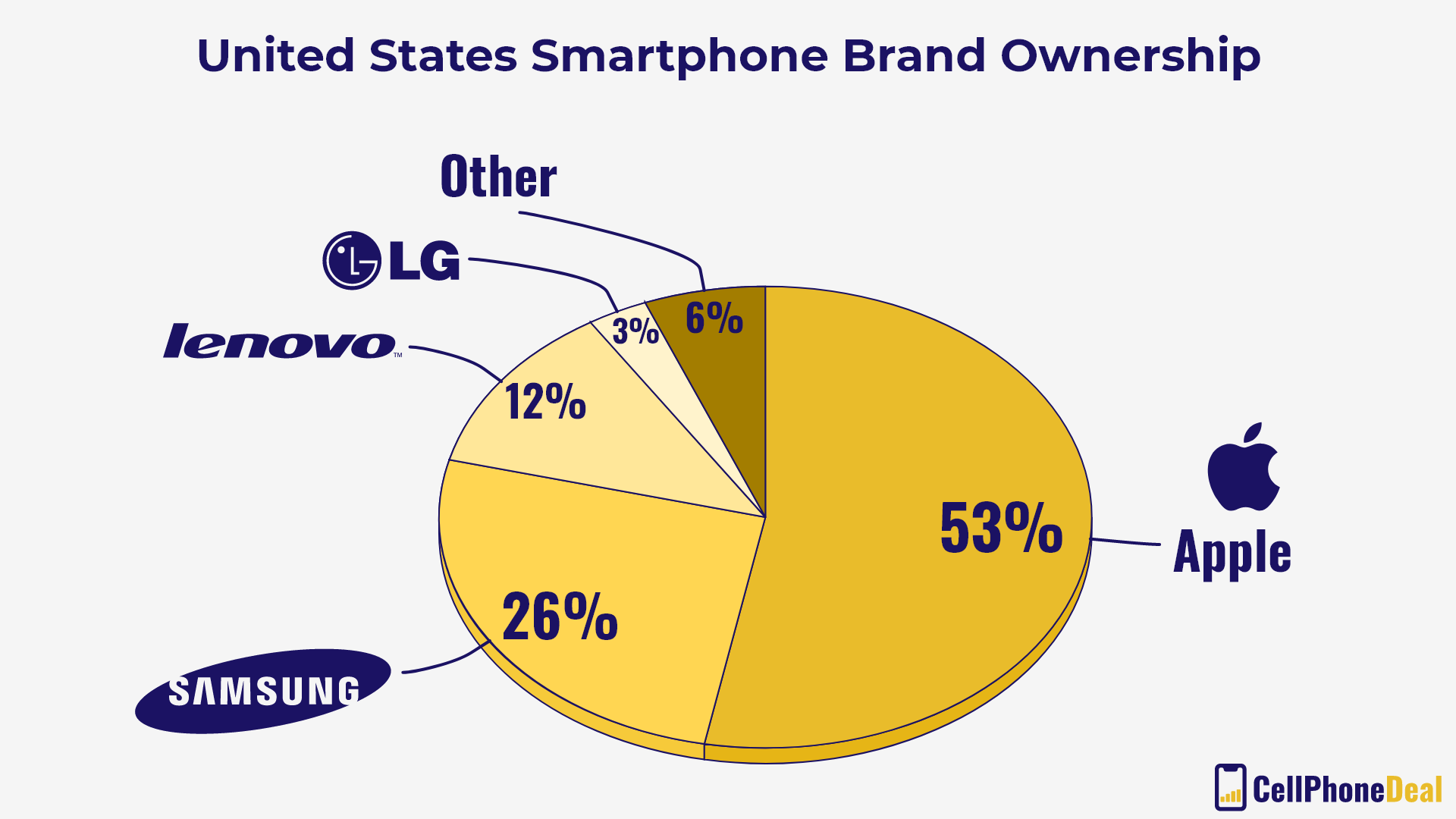 Will this change anytime soon? It is hard to say. People are used to the OS by this point, though pricing could play a key role. And if Apple takes too large a risk or if there is an Android phone that is truly a must-have, one upgrade is all it takes for people to switch brands.

People love to stream video on their smartphones, whether they are on the bus, in bed, or just on the couch and don't feel like turning on the TV. And while we don’t have too much United States-specific information here, we can give you a clue about what people are watching and doing on their phones:

Smartphone addiction is not necessarily a controversial topic, but the language we use to describe the problem can be a little difficult. You might find that there is someone in your life that is practically addicted to their smartphones, and there are plenty of people who might be dependent on them and not even know it. Studies differ on the exact amount, but one poll says that. If we add teenagers to the mix, we might see an even higher rate of smartphone addiction.

Though there is little about the devices themselves that are addicting or even engaging. Or rather they wouldn’t be all that different from basic cell phones or landlines, and few people find a psychological need to talk on the phone all day. It really comes from the apps, which are often designed to be addicting or at least keep your attention. Therefore, one might be more tempted to call it gaming addiction, a social media addiction, or an addiction-related

Smartphone addiction might seem a little silly compared to drug and alcohol abuse and other physical addictions, but it can ruin or damage lives nonetheless. People who have smartphone addiction are more likely to be distracted drivers, and someone’s health can suffer from neglect. It also leads to a more sedentary lifestyle in most cases. This in turn leads to many different health problems which you should be concerned about.

If you or someone you know exhibit several to many of the following behaviors, they might be suffering from smartphone addiction:

There are other behaviors, and wondering if you’re addicted or feeling a need to come back are also causes for concerns. Just be sure to notice your own usage at times and take a break every once in a while. A little time outdoors and talking to real people can relieve stress better than your smartphone ever could.

Ways to Help with Smartphone Addiction

We aren’t medical professionals, but we would like to share some common ways people fight smartphone addiction or help relieve the dependence on their smartphones:

The Future of Smartphone Usage

In truth, it will be extremely difficult to determine exactly where cell phone habits are going. Will there be a future where people are constantly connected to their phones even more, perhaps via something like a more advanced smartwatch or smart glasses? On that note, will smartphones be supplanted entirely by some other technology? It’s hard to say for certain, and nothing huge is currently around the bend.

While we cannot parse out everything to come in next year and beyond, we can likely see the following:

There are other things to look forward to, of course, but in general, they might be vague reminders of the status quo or things that are possible, yes, but extremely unlikely. Experts will also be likely to make other predictions, but there is academic disagreement on what the future holds in store for us. We encourage you to look more into the matter yourself if you are interested.

Smartphones have come to dominate many of our lives. And there is a trend toward this only being more the case as more people grow up with them, become reliant on them for work, and more. While we should be aware of the impact they have on our lives and mental health, we cannot ignore them. And while there are plenty of concerns to be had, there are a similar number of benefits. We hope you make smart decisions involving your smartphone in the future and encourage you to come back to this page as needed.