While other social media networks have arguably made the news more recently, no one can deny the popularity and power of Facebook. While numbers might be down by some accounts, there are still billions of users on the platform, and it is the most popular social media network in the world. It is regularly trying out new things (sometimes to the chagrin of critics and users), and few online companies have the infrastructure and ability to try new initiatives. It can reach people like perhaps no other company can.

For those reasons, it's essential to understand the platform better, whether you use it or not (and there are certainly arguments against using it). With that in mind, let us look at the statistics and trends you need to know about in 2022.

To start things off, what does Facebook look like these days, and what is its presence online? Everyone knows it's a big deal, but that doesn't tell us all too much or allow us to analyze anything. While we'll likely get into each topic a bit more later in the article, here are a few things to note to start us off:

Everyone uses Facebook, but not everyone uses Facebook equally. Some countries and demographics are more active than others, which significantly matters to marketers and people interested in the platform. It might show where Facebook might focus more of its efforts in the future or give a greater perspective of who is driving content on Facebook. In any event, learning about the demographics of Facebook has its uses and is interesting in its own right, so here are the basics: 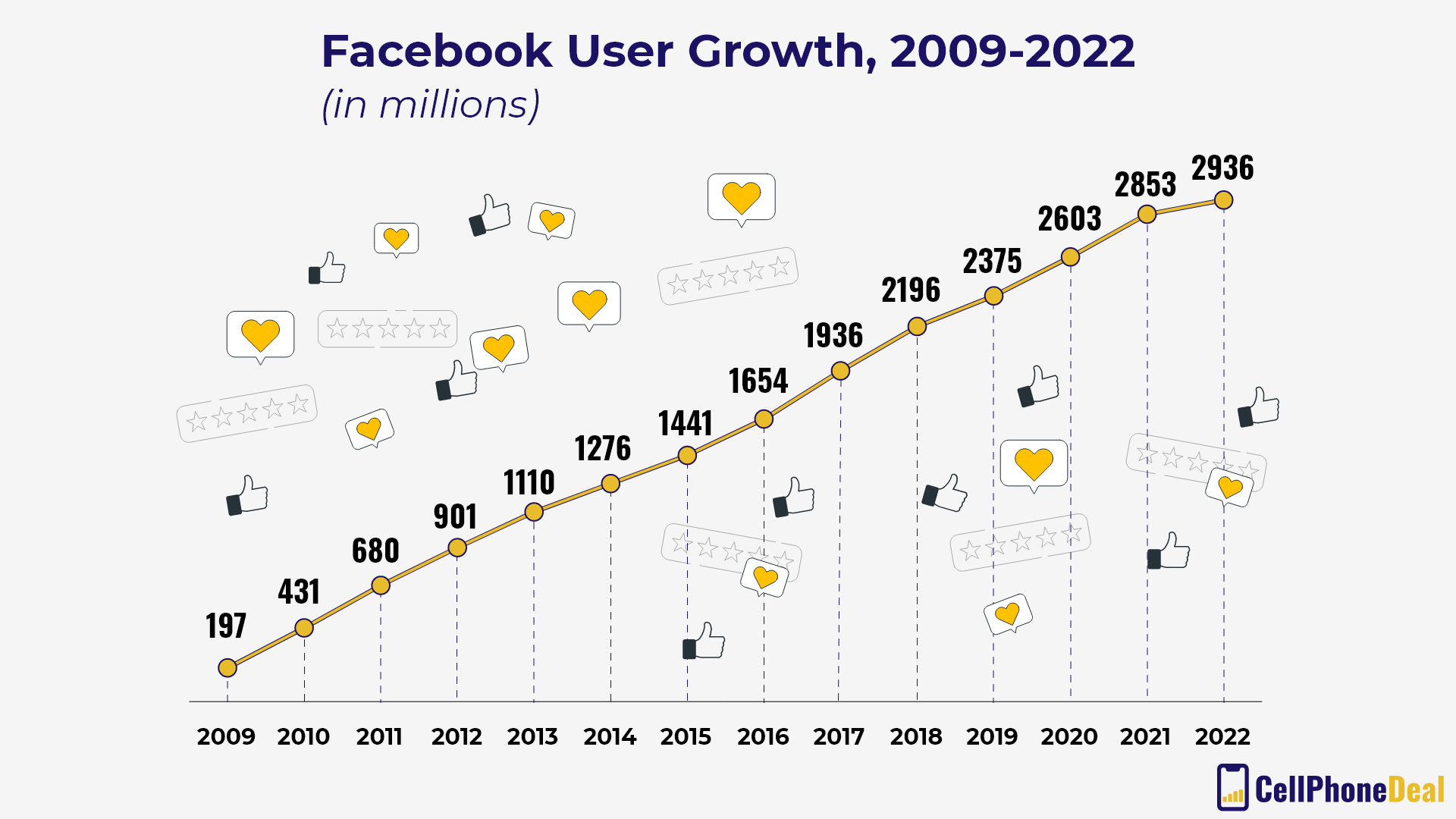 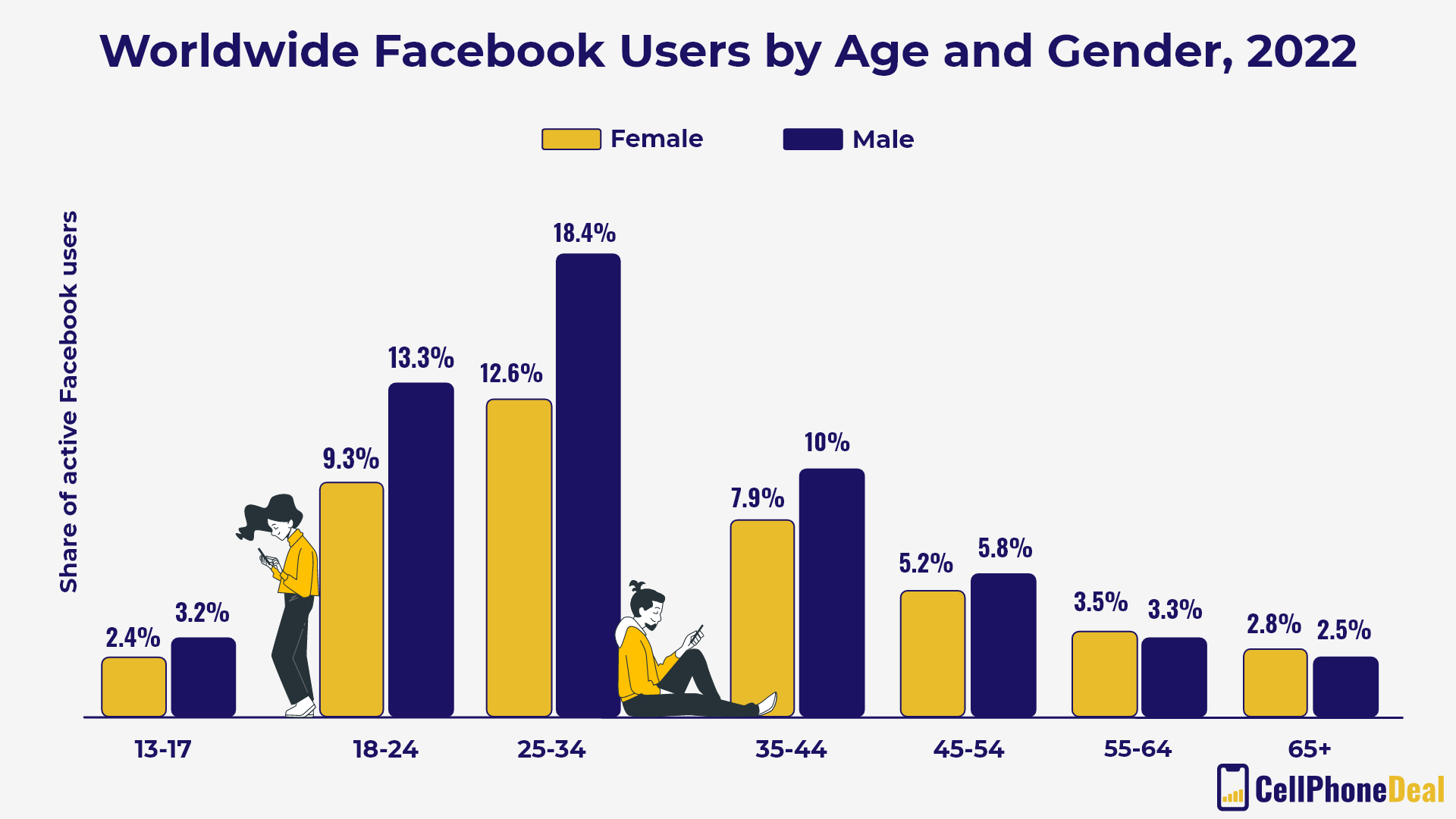 Facebook is more prevalent in some countries than others. While the United States might be where Facebook is most known and influential in terms of daily activity, it is a vital pillar of online life worldwide. Given the nearly 3 billion people on the platform, U.S. adults don't even make up five percent of users. So if that's the case, then where is everybody?

From the data, it should be noted that the reach of Facebook is significant in both Southern Asia and Southeast Asia. While China is notable in that other social networks are used instead of Facebook, it is extremely popular outside of that. The largest group of people using the platform are Indians.

In terms of potential advertising reach (the best data on the subject that we currently have available), the countries that have the most users are: 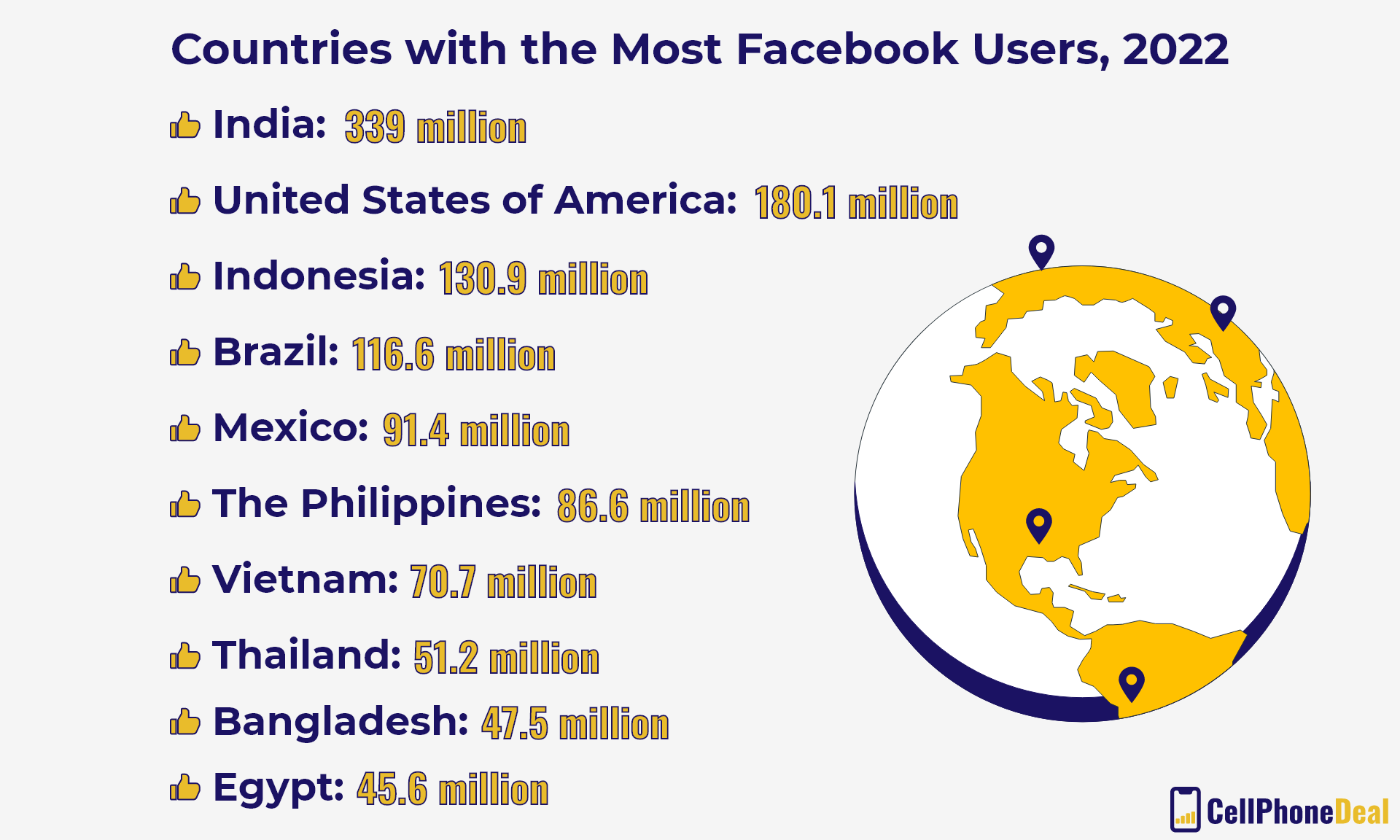 And on top of all those countries, there are many more with millions or tens of millions of users. It's easy to see how it all adds up to several million people all over the globe using just one platform.

We will also likely see growth in some areas as internet infrastructure improves. Some areas of Asia and Africa have tens of millions of people that could use a better connection to use Facebook. In many cases, even a wireless data plan would be enough to connect them for average usage. Facebook can be efficient when it needs to be, and matters will improve once people get connected.

A social network can exist with millions upon millions of users, but it's no good if no one uses it (see Myspace). So anyone interested in Facebook will want to know how active users are and how much engagement posts might get on average. We can't go into every detail, but here are the basics:

Facebook is not just a place where people connect online; it is also a massive platform for business networking, marketing, and advertising. Facebook Ads are how Facebook makes most of its money, and the users are, in many ways, the product. So what can we say about the business and marketing side of Facebook?

We need to think about Facebook itself as a company (now known as Meta). It's much more extensive than just regular Facebook; some people might not even know about services and options. There have been more services and tools Facebook has retired and never mentioned again than most tech companies ever invent. There are some features that people who have been using the platform since 2010 don't even know about.

One could look at the final growth of Facebook or the number of users over the years as we already have, but you also may want to look into some of the design changes and new features when you get a chance. One exciting thing that has occurred occasionally over Facebook's lifetime is people getting up in arms about a change Facebook has made to the platform.

So, what is there to be said from this? It means that some people are resistant to change as they always have been, but it also means that Facebook has to carefully consider changes it makes in the future, lest they alienate some of its base in a time of competition.

All the trends and statistics point to one main thing: Facebook and Meta are more extensive than any of us could have imagined when they began. It is far beyond the scope of an online community or growing platform, and our measurement methods might need to eventually change for us to comprehend it and truly make predictions.

Facebook can be a tricky platform to work on or learn more about, given its complexity and many facets. Nothing prevents it from changing dramatically in the future or people from changing how they want to use it. There is inertia, but otherwise, it is a social platform made at once by a giant corporation with plans for the future and a userbase of nearly three billion people (and growing) that will be with us for years to come. You might find it challenging to look through everything about it (not even experts can do that easily. However, go through and understand what you can, and return to this page and others as you feel the need.

We hope these statistics give you a better idea of what Facebook looks like now, what will happen in the next couple of years, and that your curiosity has been piqued. There is so much more to learn about the platform, and whatever your reasons, you can only benefit by learning more.