Mobile App Trends And Statistics To Know In 2022

Mobile apps are some of the things that have the most impact on our lives, and we now use them for practically everything. Whether you need a ride, need to buy something, want to contact someone, or do something entirely different on your phone, you are opening your app and getting the job done. So, what does our relationship with these apps look like? What trends are there in data revolving around apps? Ultimately, how do we use apps, and how do they affect us?

Here are some key facts and figures to get yourself started:

Before focusing on specific categories or facets of apps or the app store, let us first consider just how common apps are, how often people use them, and how people interact with smartphones in general. We want you to keep these in mind for all of the stats to follow: 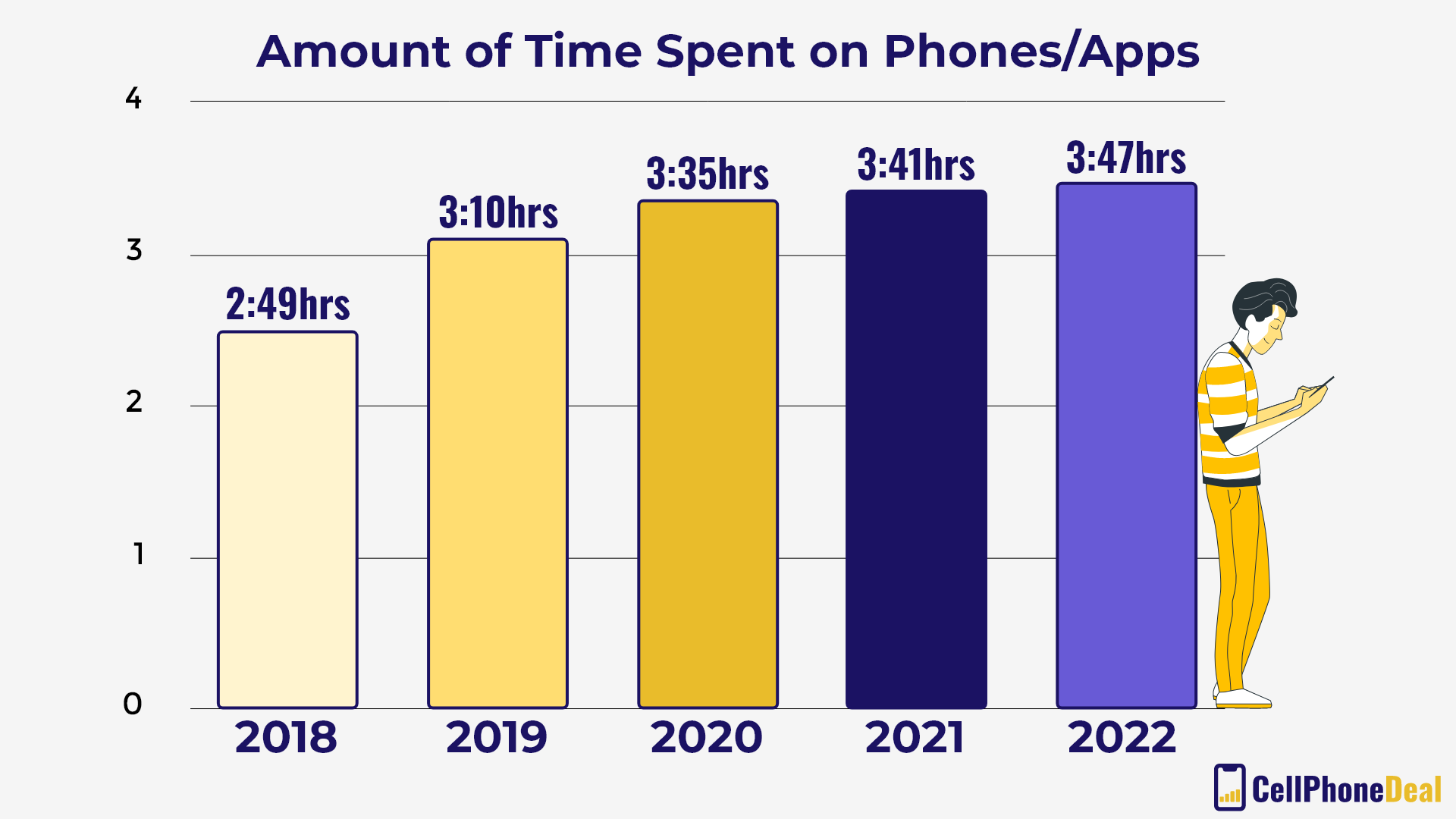 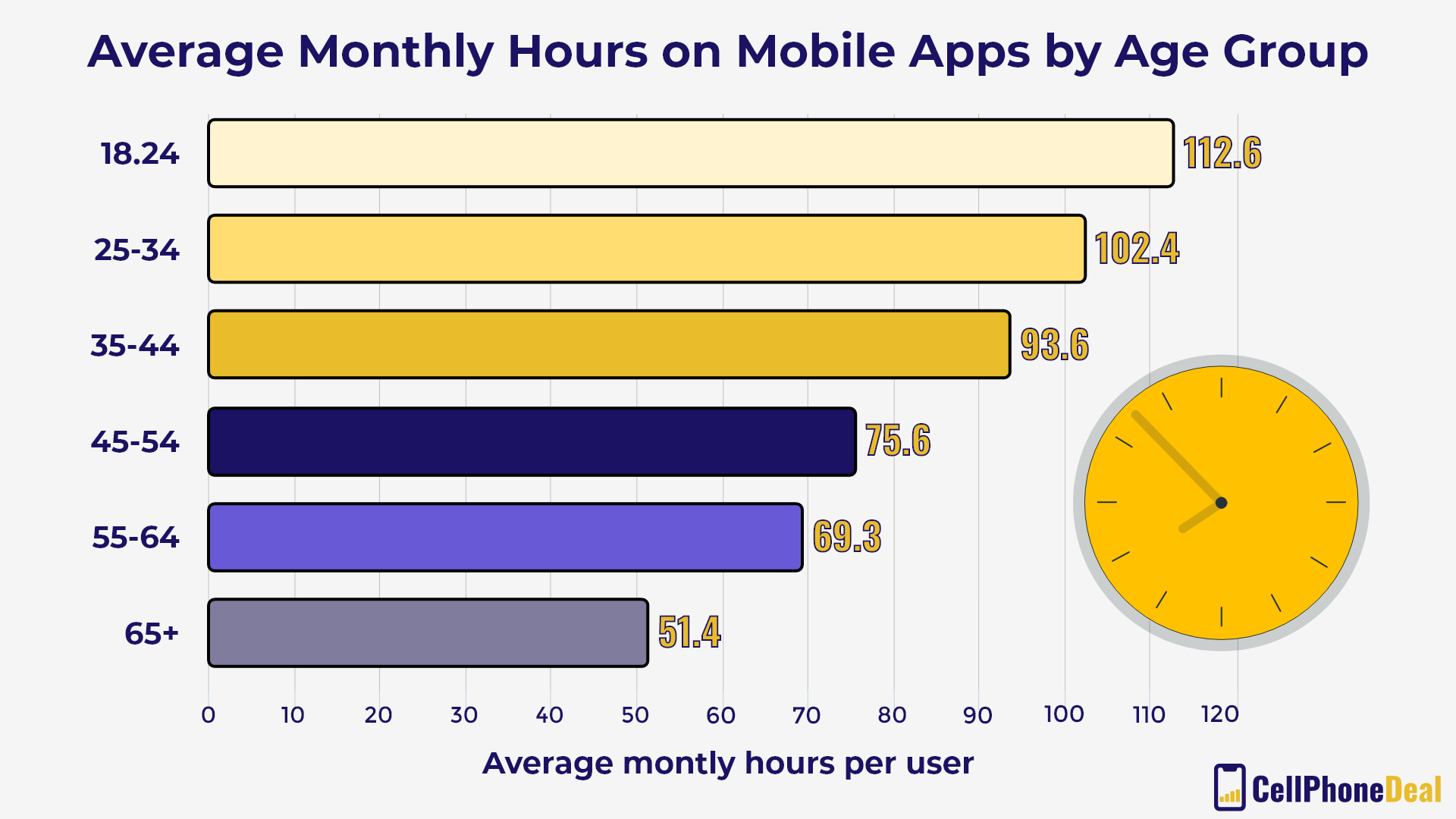 A Tale of Two App Stores

The vast majority of people either have a smartphone that uses either the Apple App Store or Google Play to get all of their apps. Between them, there is near-complete dominance of the market, and there is a sense that there is no other option (and this is especially impactful for app developers, who have to give a major percentage of earnings from one or both developers if they want access to any audience at all).

By looking at these app stores and how people use them, we can understand quite a bit about smartphones, so here are some things you should be aware of: 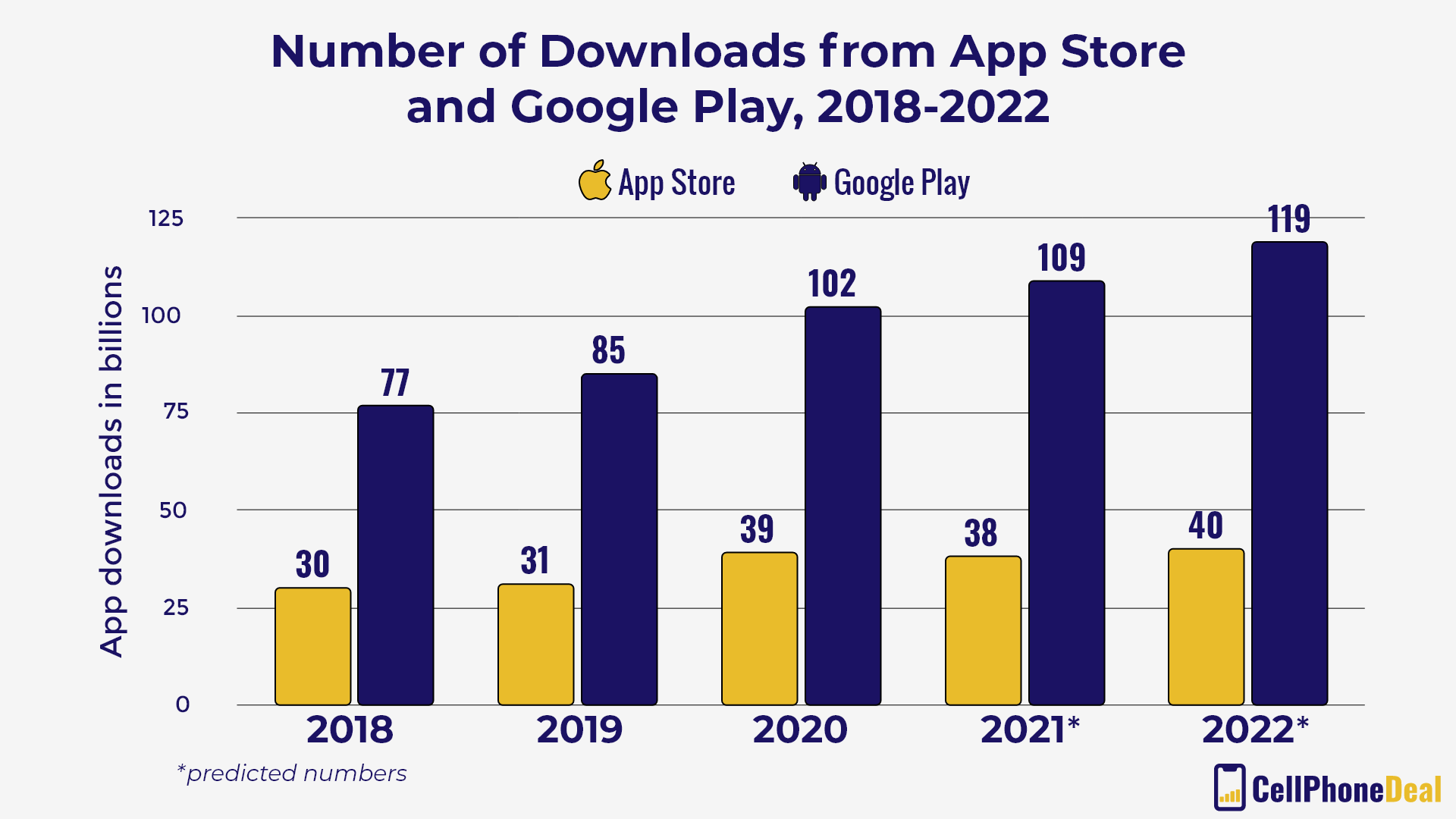 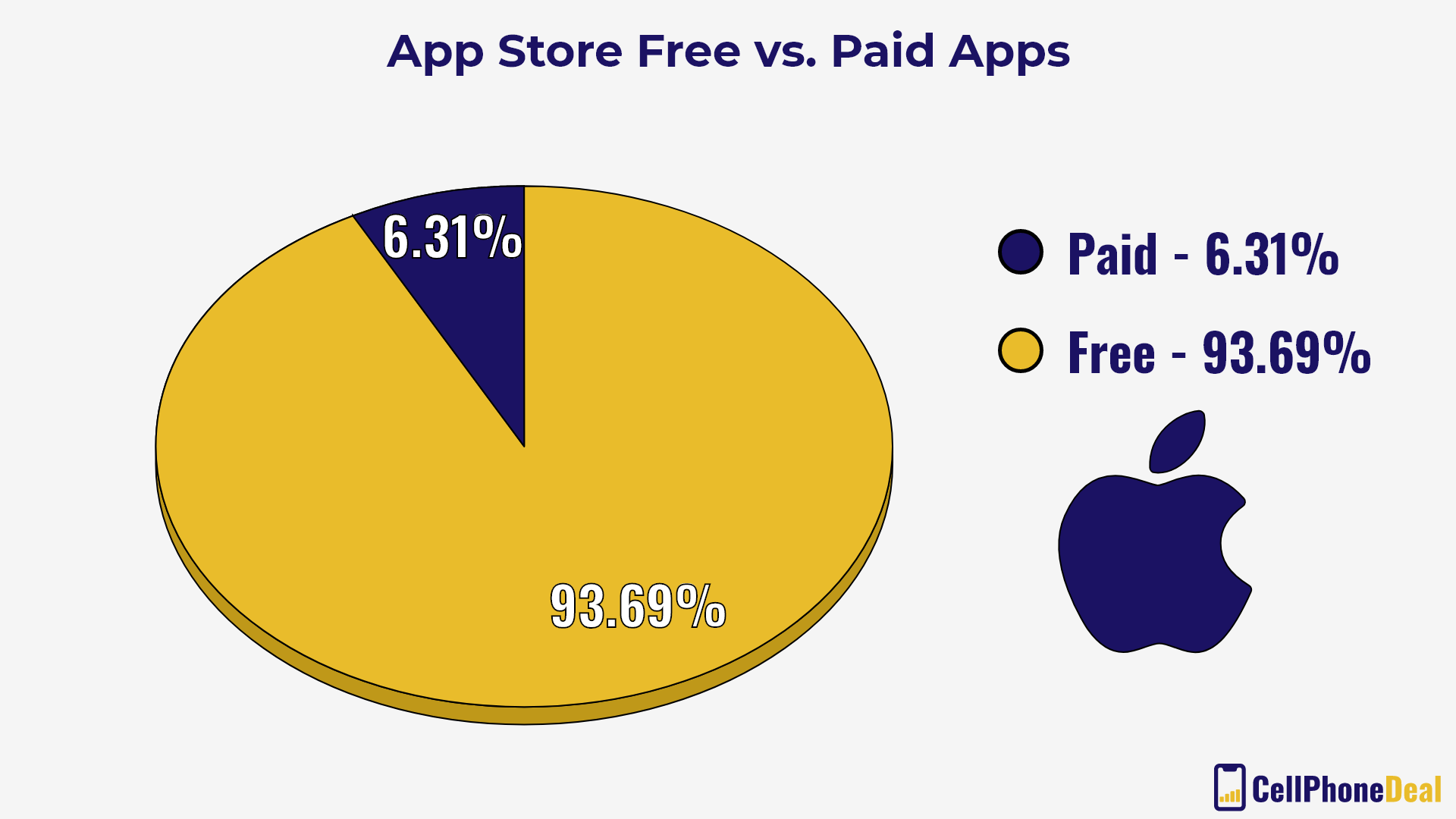 In the future, we can probably expect these two app stores to continue along their established lines unless something comes along to cause a major shakeup or a controversy erupts causing people to flee from one app store. However, we also cannot rule out the possibility of another app store rising to create some more competition. While Microsoft has had poor results in the past, they certainly have the resources to try again should they see a worthwhile opportunity.

By far the most common category of apps people download is social media and messaging apps. You probably have several apps on your phone, and you likely have checked a few of them within the last hour, if not the past five minutes. They keep you constantly connected (for better or worse) and have become a cultural force in themselves. Here is a little bit more about them:

To start with, we should consider what the most popular social media networks are, as shown by this graphic:

Whether we realize it or not, our smartphones, at least the most modern ones, are practically portable gaming consoles now, complete with a massive library of games to choose from. Mobile gaming is many people’s only form of gaming, especially in Asian markets, and it is the main form of gaming in many countries that do not have too many gaming consoles. 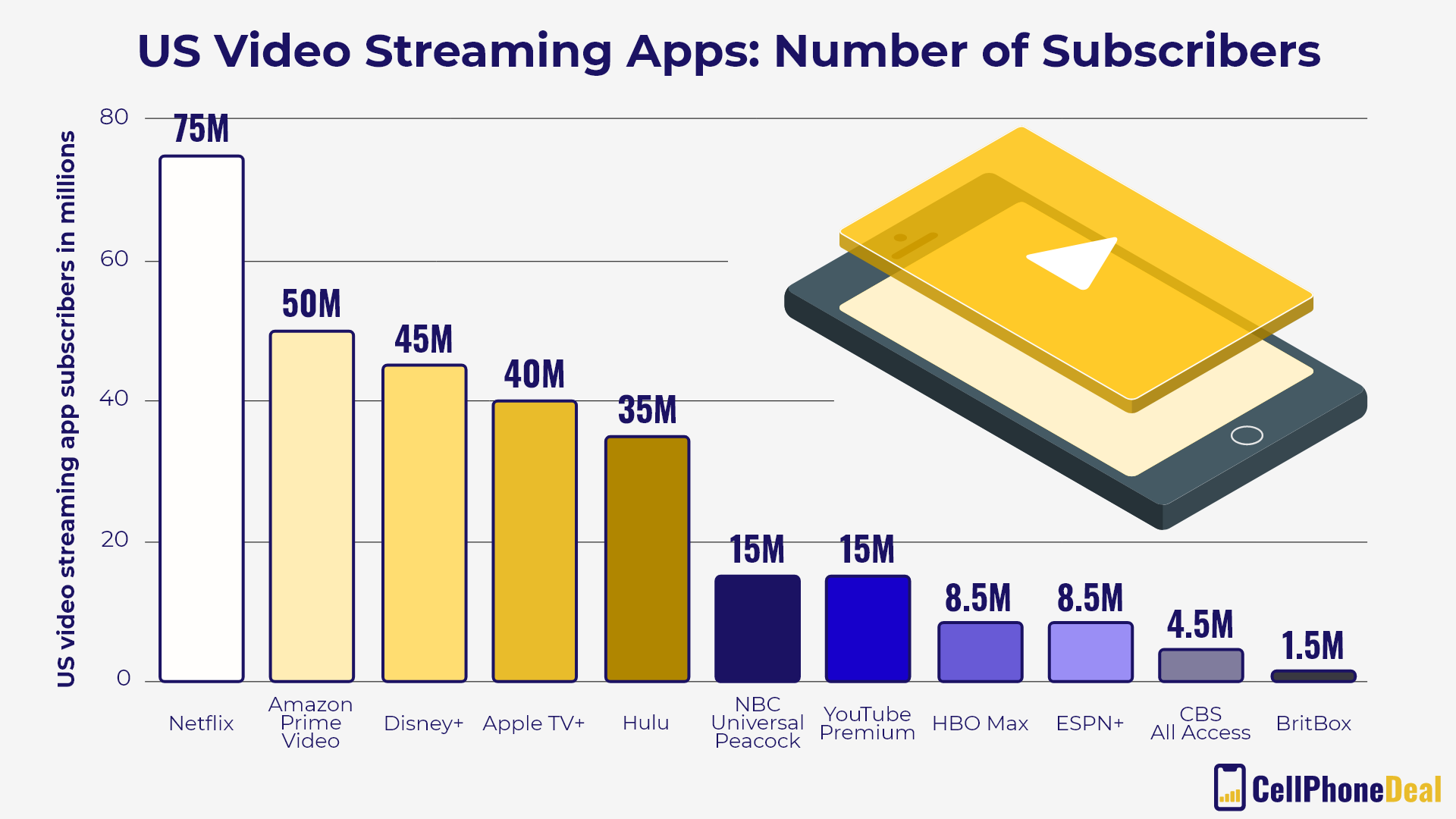 Overall, as both smartphones and the nature of entertainment change, we might start to measure different things or think about the results of surveys much differently. If we think about how the world was even a decade ago and imagine that the world will be just as different in a decade when it comes to apps, we have a lot of excitement and innovation to look forward to when it comes to entertainment.

Unexpected Growth and the Future

The entire app market is volatile and at times confusing, and fortunately unless you are a developer or a publisher you do not need to worry about that all that much. You use what you are going to use, leave the rest behind, and that is that. Yet looking towards the future is always important and certainly interesting when it comes to anything technology-related. Therefore, here are a few facts and figures we think you should know about:

While you are looking at all the above stats and figures, app stores and app developers are as well and they are constantly trying to optimize both the user experience as well as take in the most profit (or procure the most downloads, whatever is best for their business model). And while we will not bore you with too many more business figures in this article, we can say that following the money will show you the future, even if there is just a slew of imitators.

Many mobile apps are the result of much of the research and technological development that has occurred over the past couple of decades. All the statistics above could barely have been imagined years ago, and yet here we are. Reading this might have inspired you to download a few more apps or do the opposite and resolve to lessen your screen time, and both options are completely justified.

Whether you are on social media, doing taxes, dating, or something else entirely on your phone (and therefore its apps), we hope you have learned about where smartphone technology is and where it is going. There is so much more to consider, so we encourage you to do more research if you are interested and to keep up to date with these numbers.