Data breaches are becoming a more common occurrence, but they are just as threatening as ever. The cost of a data breach on every scale is rising, and cybercriminals are noting just how profitable they can be. It is a worldwide issue, and since the perpetrators are worldwide, justice is not as easy as you might think.

And in a world with literally more smartphones, than there are people, this can be a great cause for concern. Without effort put forward, each of us is carrying around a device that can result in a devastating data breach. And you want to avoid that. We’ll go more into data breaches later, but you will find that there is a trend towards a greater need for mobile cybersecurity. Additionally, they are getting more expensive or problematic for the victims. You need your smartphone, but you can avoid the worst problems that can stem from them.

Here are some facts about data breaches on mobile devices that you should be aware of:

The Consequences and Costs of Data Breaches

While you know that a data breach is bad, just how much damage can one cause?

What Are the Causes?

Mobile phones might do a lot of the same things as computers these days, but they can operate quite differently. Mobile phones have historically been more secure, but that will not last forever without preparation and action ahead of the curve. There also are unique problems that mobile devices have, which we’ll go into below:

Notes on the Targets

The cybercriminals and security problems themselves are only one part of the equation. While they are usually at no to little fault, we should also consider who cybercriminals are targeting. Some groups and types of businesses get targeted more than others, and there are other trends you should pay attention to. Here is what you need to know:

A Lack of Security

One of the most concerning things we’ve found is just how little prepared a lot of companies seem to be when it comes to cybersecurity. While you might not be able to change much in regards to your smartphone security with this information, you should remain aware regardless:

What You Can Do

All these stats can be frightening. Is your phone safe? Is your phone going to be hacked or compromised next? Chances are it's perfectly fine and it will not be hacked, so long as you follow the proper procedures and keep yourself safe online and while you use apps. Here are all the basics you should be following: 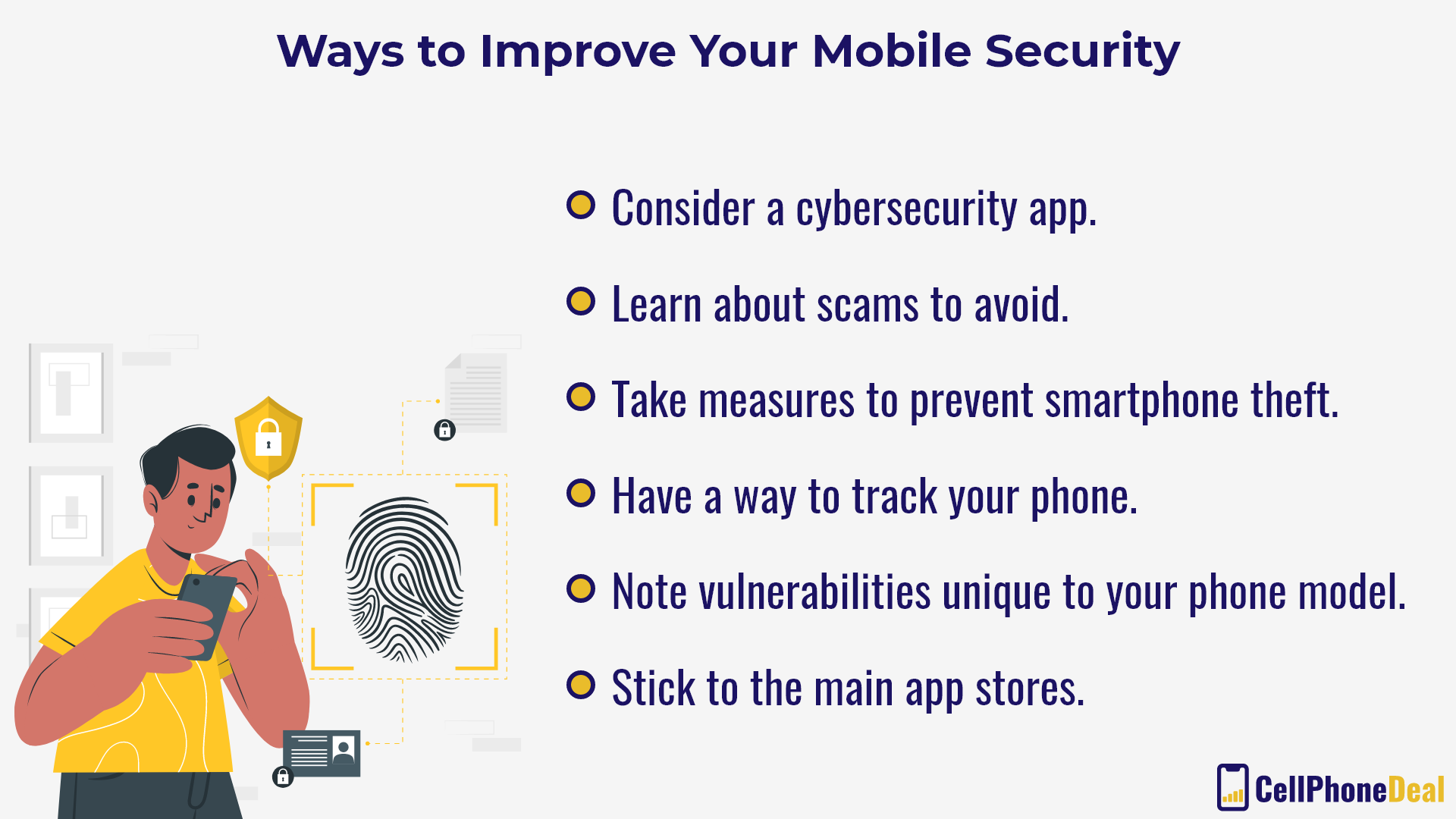 After reading all of that, we understand that you might have cause for concern about the safety of your phone, your apps, and your private information. Yet know that there are measures you can take and habits you can form to keep yourself safe and that people are putting forth their best effort to make sure that cybercriminals don’t have free run of the internet. Just keep aware of what you’re doing online, follow your instincts (after you train them a bit), and keep on top of any major changes in the smartphone world. We hope that this information has been helpful to you and may you have a safe time using your smartphone.